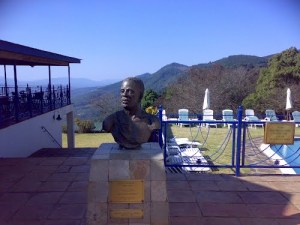 For the younger generations who were born into freedom; so called “born frees”, it becomes a difficult task to understand ones origins and history given the many barriers to historical information. It can become even more difficult if there are no tangible records available to point to truth and fact; worse when there is virtually no living person in a form of experienced elders to recite the tale over again. When those who are still around are often too reluctant to share information, the only option available for the youth is to do it on their own.

I happened to be one of those young people who has thus far gone through a lot of pain trying to unravel the mystery of my own history and origins. After some extensive consultation with a couple of elders within my immediate family of the Molepos i began to realize just how tough it is for us as young people to find out exactly first; who we are, where we come from in terms of tribal relationships and so forth. Much of what ive been able to collect through my circles over the years did not help that much and only served to keep me second guessing. I would say that after almost 10 years of volunteer and unscientific research within my own circles i never came across information that was poignant and simply put than the one recorded by Professor LOUIS CHANGUION. His work titled “A REPORT ON THE POTENTIAL IMPACT OF NDOWANA’S PROSPECTING ACTIVITIES ON ITEMS OF HISTORICAL SIGNIFICANCE IN HAENERTSBURG AND ITS SURROUNDINGS” was an oasis i was looking for after years of knowledge thirst and speculation.

I have always believed the notion that the Molepos as we know them today owe their allegiances to a rich history of ups and downs; just like many tribes of Africa who were displaced, forcefully ruled and crucified by colonial rule. Perhaps the very suffering of these tribes under colonial rule in my view is one of the reason why our elders feel i would imagine; its better to not tell than subject children to stories of horror, subjugation and humiliation. Still, for a young person like myself who believe that it is only through telling the facts that the mystery of history be unraveled; the elderly silence that i have been subjected to by some quarters in my own family is a spectacle that i do not want to see continue. And so i have decided to; with all well meaning intentions; collect as much information as i could for review, storage, re-organisation and dissemination.

So here is the story: According to Changuion, L(2008), the Molepos started living around the area of Hearnetzburg between the year 1500 and 1700. In his article Changuion stated that “It seems, however, that there is a general consensus among the authoritative sources about the origins of the black tribes and that some of them arrived in this area some time between 1500 and 1700. The Mamabolo tribe settled, not far from where, much later, the village of Haernetzburg was founded and the Molepo (Malepo) tribe on their western side (where they, the Molepos, still are to this day). Further to the east, below the escarpment, stayed the BaTlou under kgoshi Makgoba. The Mamabolos, it is believed, were the first tribe to have settled in this area – some say even before 1500. They were all part of the Northern Sotho nation”. From this information one learns that there is some form of link between the Basothos of Lesotho and the tribes described by Changuion; and which includes the Molepos. Could this link be based on the expoits of King Moshoeshoe and his ability to unite nations during the Mfeqane wars led by the Zulus? It is also clear from the extract above that the people of Kgosi Makgoba and the Molepos share the same tribal totem because they are known as the BaTlou or Elephant which the Molepos of today still carry. King Makgoba’s praise poem(found here http://makgobagen.wozaonline.co.za/Sereto) further attests to this relationship with Molepos.

In addition; one also learns that there is a clear distinction between a tribe known as the Bapedi in the region now known as Ga Sekhukhune and the Northen Sotho tribes mentioned in Changuion’s article. I cannot imagine a day and a situation whereby the people in the North Western and North Eastern parts of Limpopo province of the day argue and fight over who is the paramount Chief of all the people in our vicinity given the historical fact of Kgosi Thulare and his many brave conquests which led to him believing that he ruled over the said piece of land until the ZAR Republiek came and took it away from him. This we acknowledge in light of the fact that; as Setumu, TE in Changuion(2008) stated: “The Bapedi chiefdom is singled out from the other Northern Sotho chiefdoms because it enjoyed a lot of ascendancy over the others in all spheres. It once established a powerful empire which reached its zenith during the reign of Thulare (about 1790 – 1824). Its influence was so extensive that other [Northern Sotho]chiefdoms came to recognise its paramountcy”.The ZAR and thereafter the British
forces in the 1870s destroyed the power of the Sekhukunes and since then the Northern Sothos did not have a Paramount Chief (King) any more”. We also acknowledge the sacrifices made by Kgosi Mampuru II when he resisted against colonial rule but unfortunately ended up paying for his life. His remains are a mystery up to this day(2013). According to Changuion(2008)”Traditional leadership is still
divided by our present government into three categories, i.e. Kgoshighulus (Kings or paramount chiefs) at the top followed by Kgoshis (chiefs) and under the chiefs the Indunas (headmen). The pyramid has a very few kings on top but many chiefs under them and even more headmen under the chiefs. Thus in the former Lebowa there are no kings at present but 128 chiefs and over 900 headmen”. This is understantable considering that the same structure still suffice even today. However; one cannot help but evaluate further the statement by Setumu on Thulare’s paramountcy during those internecine battles; which is interesting given the fact that there is currently a debate raging among-st the inhabitants of the said regions of Limpopo as to; for example, what is the name of the official language spoken and how should the tribes combined be referred to as?

In contrast; i am of the opinion it would be a serious indictment on the part of the people of Sekhukhune land to claim that everyone; and by everyone i mean all the tribes combined;are Pedis and therefore speak a language called Sepedi. Although i am personally not against the ideal of uniting people; historical records point out a distinction between the different tribes of North-Eastern and North Western regions including the South; i believe they should be treated as such and while we should not rubbish any claims to paramountcy; any attempt to solidify must be done through continuous consultation. Realistically, the Molepos as well as other tribes living next to them are Northern Sothos and kin to King Makgoba and his people. This relationship is documented in Changuion’s article where he retorted: “Makgoba himself stated in 1892, when he appeared before the Location Commission, that, although they were previously subordinate to the Letswalo/Narene tribe (Nare, that is buffalo totem), they are closely related to the Molepos (Tlou – elephant totem)”.

So why write this some of you may ask. Well i am a young person who is passionate about history and its often unspoken truths. It gives me great discomfort to realize there is so much to know yet not many in our generation are not willing to use the time offered by the Almighty to dig deep, search and find facts about identity.By writing and sharing this knowledge i hope to inspire many others to put knowledge of self first before anything else. What i learned from Changuion’s article is that if you dont tell your tales someone else will come and tell them for you.

In 2014, the original Molepo tribe turns 314 years since they started living in the area around Hearnetzburg; which is still the area they still live in today. Since their tribal authority was only conditionally “recognised” by the ZAR Republiek in 1956 under the Bantu Authorities Act 68 of 1951, the Molepo Chiefdom only turns 58 in 2014. We appreciate all the sacrifices made by our foremothers and fathers to this date!

For more on this kindly refer to the article by Changuion at http://wp.me/a2ne71-7e